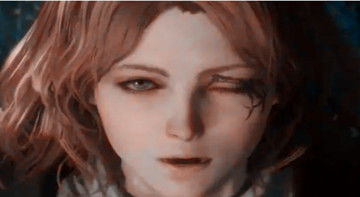 While there's nothing to be found about them, I'm sure there isn't going to be any written stories about the group for a long time or even later, since they're not a major part of the game. For me I am a huge fan of these guys, and I'd like to share what I learned through the descriptions of items.

Bloodhound knights are warriors who have been trained (though their race and origin is not clear) they seek their masters in order to help them serve. They are extremely adept at tracking and are skilled in swift combat.

Bloodhound Knight Floh was looking for a master and never came across one, as he wanted to serve as a true king. Luckily, he has us.

It is not known what caused darriwil was imprisoned in the evergaol. Blaidd claims that there was an "traitor" which could suggest that the man betrayed his master in some way.

This is where I begin to speculate somewhat, especially on their race I think to be a half-wolf race similar to Blaidd. Their dimensions and sounds aren't human. Also, they are equipped with fans (sword) as well as claws which would be the principal weapons a wolf would utilize.

In terms of their source there's no evidence, however I believe it's possible they're originated from Farum Azula because beasts and beasts are very common. The placement of Darriwil's in limgrave might be logical, considering there's a beastman and numerous ruins of Farum Azula in limgrave.