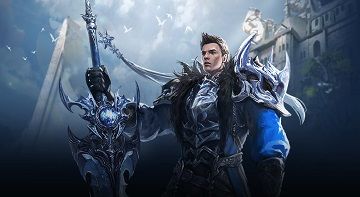 Today, Aion Classic authoritatively dispatches in the West subsequent to being delivered in Korea last November. This 2009 MMORPG harkens back to an age where membership based compensation models were as yet standard, and pounding was a gotten need. Aion's center repairman spun around your characters in the long run having wings and having the option to battle aeronautical foes - both in PvE and PvP. Last week I got the opportunity to chat with Mike Shreffler, Lead Producer on Aion for NCSoft West's distributing office to turn out a portion of the highlights in Aion Classic.

Aion Classic brings back the first four center classes of Warrior, Scout, Mage, and Priest with the entirety of the equilibrium and movement of the first dispatch, just as each class' two climbs. It includes more slow movement, prisons from days gone, and a re-visitation of chasing zones of the past. In any case, probably the greatest change that NCSoft has made to Aion Classic concerns the PvP balance and the attack framework.

Rather than PvP Siege occasions happening haphazardly, NCSoft has moved Aion's attacks to a solitary static time that will be posted through a timetable consistently. At the point when I got some information about the circumstance of these attacks he said that maybe it's set on a clock, yet "as far as the actual timetable, we gave a valiant effort to streamline the timetable dependent on where our playerbase is." It seems like NCSoft will screen player action in the West to change the timetable for busy times. The static timetable should come as a help to PvP players, since now they will actually want to prepare and organize bunches for these attack fights.

The other significant change from the first dispatch of Aion is the membership based installment framework. Aion Classic will in any case be allowed to-play, despite the fact that there will be another membership administration offered called Siel's Aura. Those without a membership will in any case profit with having Siel's Aura just for the primary hour of interactivity each day, after which experience gets sliced down the middle and you'll not be able to procure chasm focuses while in the field or from missions. The membership cost for Siel's Aura is equivalent to most other MMORPGS at $15/month, yet it will be accessible for nothing during the main seven day stretch of Aion Classic's dispatch.

I asked Mike what the choice was for adding this pseudo-membership to Aion Classic after Aion has effectively gone allowed to-play, and his answer was that "these limitations are truly pointed toward restricting bots." One model he gave was that Free Trial players can't do coordinate exchanges or open private shops after this 60 minutes, which he says will help "keep bots from acquiring things and circulating them through the game world." There's additionally a 3-day pass accessible for $5, equipped towards players that may just have a solitary end of the week to play every month.

Ultimately, Aion Classic will likewise have a battlepass added called the Daeva Pass, which gives additional journeys and compensations just as its own superior money, Quna. This money can be utilized to buy makeup, consumable things, and record administrations, for example, name changes. Moreover, Quna can be utilized to open the top notch level of the Daeva Pass for significantly more rewards.

A point that Mike referenced during our discussion about Aion Classic was that "we truly need to regard players' time somewhat better. A great deal of players from 2009 who are taking a gander at this and need to return - they have vocations, and families, and this terrible thing called 'charges' that they need to stress over. We need to ensure that we are giving those players an incredible encounter." And as one of these previously mentioned players myself, I like that Aion Classic will have some advanced updates, for example, the week after week attack plan and the free battlepass.

Aion Classic dispatches today and is accessible for nothing to download on the authority site. The membership administration Siel's Aura is accessible to all players from this point until June 30th, so everybody can have the chance to sign in and experience this exemplary MMORPG at its best. In the event that you end up on the Siel worker, possibly you'll even see me around?

If you need to know more about Aion Classic, if it is not too troublesome, please click here