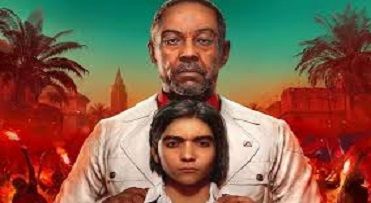 There's one feature present in Far Cry 5 that is abandoned in its post-apocalyptic sequel New Dawn, and it should make a glorious return in Far Cry 6.

The Far Cry franchise has had a ton of staples over the year, but it's always refreshing when something old is made new all over again. For example, while Far Cry 3 abandoned the companion system of FC2, it returned later with more gusto than it ever had before. Hopefully, Far Cry 6 can do that with one FC5 feature.

Interestingly enough, Far Cry 5 launched with a weapon customization system that, while not necessarily glamorous, allowed players to set up their weapons the way they want. New Dawn, however, abandoned this feature, not allowing weapon customization of any sort throughout the game. Players received pre-made weapons, and the scopes and whatnot could not be changed out to fit the gamer's playstyle.Far Cry 6 Weapon CustomizationThis was a big deal for the release of Far Cry New Dawn, as not only were the primary villains reduced to nothing more than "evil for evil's sake," its gameplay was missing this key feature. A pistol with a red dot sight or an assault rifle with a lackluster ammo type couldn't be changed to better fit the playstyle, and it made the experience all the lesser for it. Its exclusion from New Dawn was not only notable, it was confusing.

However, that's not to say Far Cry 5's weapon customization was much deeper. It allowed players to customize their experience and effectively go into a fight with their preferred weapons, but it could be much deeper. Far Cry 6 is already making a ton of changes to the standard formula, including a big city for the first time as an example, and it would only make sense to deepen the customization options available.

That's not to say Far Cry 6 could or would go as far as, say, Modern Warfare's Gunsmith options, but a deep level of customization in weapons is always good for a game. Perhaps players want to turn a revolver into something that can effectively snipe, giving it a better barrel and a scope. Perhaps players want a rifle with an underbarrel shotgun or grenade launcher, or perhaps players want a sniper rifle that hits with a special type of ammo. Given that Far Cry 6 is set during a revolution, there's a real opportunity for some really strange homemade customization that captures the guerrilla feeling of it all.

Regardless, it remains to be seen what Far Cry 6 brings to the table, but as the first game of the franchise to leap onto next-gen consoles, fans are likely expecting next-gen quality. Deep weapon customization is just one small step to effectively delivering that experience. Far Cry 6 releases on February 18, 2021, on PC, PS4, PS5, Stadia, Xbox One, and Xbox Series X.