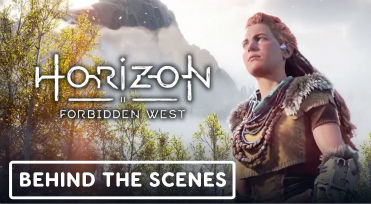 The first lineup of Sony PS5 exclusive games is not strong enough? This kind of view makes people disagree. The first-party games announced at the Sony PS5 game conference include: "SPIDER-MAN MILES MORALES", "Gran Turismo 7", "Demon's Souls Remake" and so on. Among them, "Horizon: Forbidden West" is the finale, from this perspective, this game should be the most valued by Sony.

Guerrilla Games launched the open world action RPG "Horizon Zero Dawn" on the PS4 console in 2017. The game's sales were very good. The game sold more than 7.6 million sets a year, becoming the highest-selling first new PS4 console of this generation. IP. The sequel to "Horizon Zero Dawn" naturally attracts the attention of the majority of players, everyone is very curious about this game.

Guerrilla Games recently released the latest information of "Horizon: Forbidden West". What kind of game will this masterpiece scheduled for 2021 be? Let's take a look.

We know: In "Horizon Zero Dawn", the game background is the post-apocalyptic world where mechanical creatures rampage. Players will become Aloy the female hunter, collect various resources through hunting mechanical creatures, and explore unknown truths on the journey. In "Forbidden West", the open world map will be wider, from Utah to the west coast of San Francisco, players can explore the world with more content and larger area. The larger the place, the more free the players to explore.

Although the map becomes larger, the player experience is smoother than before. This is naturally a credit to PS5. In "Horizon: Forbidden West", not only is the picture more gorgeous than before, but the loading picture is almost non-existent. Players do not need to wait when they enter a game or save point when they are traveling fast or resurrected.

As the map becomes larger, it also means that there are more types of terrain. On this land, we will see beautiful canyons, deserts, ruined cities, etc. Players can even swim in the lake or river. In a beautiful environment, nature also lurks a variety of dangers, such as: "Shell Snappers" guarding the coast and the moor, "Snapmaws" guarding the waterway, "Sunwings" patrolling the sky, etc., a variety of mechanical creatures waiting for players Their challenges.

In "Horizon: Forbidden West", there are not only new maps, new enemies, but also new tribes. Some of them are tribes who have good relations with the heroine, and naturally there are hostile tribes. For example, one of the newly launched hostile tribes can manipulate large wild mechanical beasts to fight.

There will also be new dangerous elements in the game, such as: the red disease that causes animals and plants to die, human beings into famine, bad weather caused by abnormal climate, floods in canyons and wilderness, etc. From the introduction, "Horizon: Forbidden West" is still very attractive, I hope this sequel can continue the reputation of "Horizon Zero Dawn". Are you interested in this game? What do you think, click here to leave a message!