Six Days in Fallujah Wants Games to ‘Grow Up,’ but Its Marketing Is Saying Otherwise 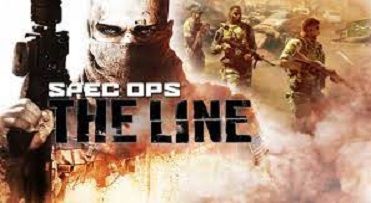 The way Six Days in Fallujah is being showcased isn't helping itself. Victura CEO Peter Tamte appears to be clashed in every one of the meetings he's done on the most proficient method to showcase it, and Highwire Games imaginative chief Jaime Griesemer straightforwardly demonstrated in an IGN Unfiltered interview that they truly don't have a clue how to advertise it. Tamte continues to go to meetings to depict this game as a "practical strategic shooter." This is in direct clash with the way that they're attempting to share the individual accounts of Spec Ops: The Line individuals straightforwardly influenced by the fight by means of an intuitive narrative.

Assuming this game is indeed that, it's an error to keep promoting it such that's zeroing in on the savagery and how cool combat is. Reasonable giving mechanics, a crew order framework, and how they're procedurally producing guides to give an alternate battle experience each time have nothing to do with recounting close stories. Victura and Highwire are treating Six Days in Fallujah as if it's some other FPS game, when it's unmistakably not. The engineers are in effect legitimately condemned for sensationalized portrayals of Six Days in Fallujah. Griesemer says they need games to "grow up," so their informing needs to grow up as well. Sell it on the value of recounting genuine stories, giving interesting perspectives from individuals included. This is something Griesemer appears to comprehend in the IGN Unfiltered talk with, loaning to a feeling of disquiet I felt watching it as Tamte and Griesemer nearly appear to advertise two changed encounters.

On the off chance that all you will do is market the game as this cool reenactment into what battle resembled for a game set in a nonfictional setting where genuine individuals battled and passed on, including complaining that no one in the media focused on the obliteration tech in the first form of the game (truly?), at that point all the analysis Highwire and Tamte are at present getting is legitimately merited. That all being said, I can't jump aboard with the petition as of now making the rounds on the web requiring the forbidding of this game. I totally think individuals that partook in this fight, individuals that endured as a result of it, all have the right to have their accounts advised if that is the thing that they need to occur. The request is focused on the United Nations, President Biden (who decided in favor of the conflict, mind you), Microsoft, Sony, and a lot more to boycott this game or ensure it's not recorded on their customer facing facades, in light of the idea that it will bring forth the up and coming age of mass shooters and bigotry. It has been endorsed by various engineers who themselves work on games such as Rainbow Six Siege and Medal of Honor: Above and Beyond, the last of which likewise used a narrative inside the game.

The appeal and the manner in which it's phrased is reductive and silly, and truth be told, it gives the legislators that need to control craftsmanship a free pass when the actual engineers are supporting this contention that has been exposed time and time again, even by the ESA that entryways for the benefit of computer games. Significantly more concerning is the measure of game designers that marked this request, and once the producers of the appeal found out about the analysis of the manner in which it was phrased, they returned and changed the phrasing of an appeal that was at that point marked. That is an entire other discussion inside itself, however it simply shows that individuals in all likelihood weren't in any event, perusing what they were marking prior to marking it, regardless of whether there are substantial protests inside it. We don't prevent individuals from sharing their accounts in books, films, or workmanship, and in the event that games are genuinely craftsmanship, treating it distinctively is backward. There's a contention to be had about games making a player a functioning member in recounting these accounts, yet Griesemer is directly in that games so far truly haven't attempted. Individuals keep raising the qualification among fiction and verifiable games in this discussion about Six Days in Fallujah, yet it's a cop-out. Call of Duty: Modern Warfare may be set in an anecdotal world, however is it truly "anecdotal" if all the game does is change around a couple of letters in the fear monger association Al-Qaeda to Al-Qatala?

In Call of Duty you're given a free pass since it's anecdotal. As a player, you're not expected to consider the activities you're submitting or whom you're submitting them against. Six Days, whenever conveyed right, is placing major parts in a genuine setting, with genuine individuals and genuine stories, and that holds a completely extraordinary load to simply taking shots at some irregular unremarkable character. Could Six Days in Fallujah just be another game that lauds war and savagery? It surely can be. Could it whitewash the Battle of Fallujah and leave out a ton of significant realities about the outrages that went down there? Totally. By their own affirmation in interviews, they will not show or taking part in barbarities, however the game doesn't have to show those things if it will discuss them, which the game's own site's FAQ indicates it will. For all we know, Six Days in Fallujah could give us an interesting encounter that shows the genuine human expense of battle in an undeniable manner. In each war game we play, we play anecdotal characters in settings "propelled" by genuine spots and genuine individuals. What's more, these games are regularly seen as fun, high-octane intuitive activity films with nothing to truly "say" about the expense of war, other than firearms are cool and, hello, in the event that you pile up X measure of murders you can drop a nuke on your companions.

How are we to understand what sort of experience Six Days in Fallujah will give if the principal thing that happens would we say we is attempt to boycott it? In our interview with Jörg Friedrich, I explicitly raised that if Spec Ops: The Line were announced today and promoted the manner in which it was back in 2009, I bet a large number of similar reactions and shock would be imposed at it that we're seeing today, perhaps even requires a boycott. Who can say for sure? Watch this trailer and advise me if it's really demonstrative of the experience that Spec Ops: The Line ended up giving. We should not forget either that a major "selling point" of Spec Ops: The Line at the time was…  sand tech. Once more, the entirety of the objections at present being imposed at Six Days in Fallujah are legitimate, and the designers at Highwire and different engineers chipping away at comparative tasks ought to listen those grumblings and tending to them. Up until this point, they have neglected to do as such, as I would see it. I, at the end of the day, feel awkward with the game and how it's apparently putting a reasonable battle insight regardless of anything else. It feels gross, and I have no issue conceding that. Simultaneously, I would like to hear the narratives of individuals from this occasion, especially those from Iraq. Why it must be another shooter however, indeed, the designers said it themselves —  that's what sells. If you concur with that, it's a reality. I totally relate to individuals that are worried about this game, how it will depict an amazingly dubious occasion ever, and how games have persistently presented people from the Middle East. While Tamte says that insufficient individuals would be keen on playing a game from an Iraqi regular citizen's viewpoint, I accept he's especially inaccurate on that, and it's a disgrace they didn't utilize this chance to fill that need further prior to promoting the following "strategic shooter."

It's conceivable that Highwire Games probably won't be the correct studio to make this present, it's very conceivable that it might not have the expected impact they're expecting it to have, yet I actually think they reserve each privilege to attempt. Games about war have celebrated savagery for such a long time, and it's just sometimes that we get games like Spec Ops: The Line or This War of Mine that really have a comment about it — and surprisingly then they're anecdotal encounters. Maybe Six Days in Fallujah will be another undertaking that really takes war and the expenses of it truly and gives that one of a kind point of view from real people we get so almost no of in games.

Getting games restricted by the public authority most likely isn't a way this industry needs to head down. The game may fizzle at its expressed objectives and be all that individuals are stressed over it being — or it may not. We truly don't know until it's out and we're ready to pass judgment on it in full. Also, for those that do give it that possibility, you would be advised to comprehend that this is supposed to be a narrative about a real occasion, with genuine individuals, and that it can and will be decided on how honestly that story is told.