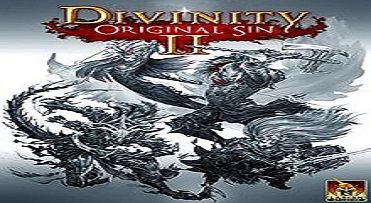 I've begun a center playthrough of Divinity: Original Sin II, a RPG that wants to get familiar with another dialect. Gradually, I've become used to the sheer volume of details and capacities and choices I need to make. I currently approach circumstances deliberately, recognizing foe shortcomings, and examining rooms burning or swelled by gas, before I focus on a demonstration.

However, there's one thing that consistently gets me. Regardless of how cautious I am, cold surfaces absolutely cruise me by. Maybe they're undetectable, the manner in which I think I've timed each factor, before my bantam rebel moves two speeds and tumbles onto his arse. I wouldn't fret, however, as it's parody gold; a demonstration so clever I'm persuaded there's entirely more amusing. Heavenly nature Original Sin 2 is an uncommon game for me to play. During each Steam deal in the course of the most recent four years, I have drifted over its buy button, yet drew back without a moment to spare. I advised myself, "Ed, please, this isn't Call Of Duty: Warzone. You will skip off this like an elastic ball dropped on concrete." But I'm happy I ventured out, as my companions have assisted me with breaking its hard outside and uncover a perplexing snare of decisions beneath.

Dislike the games I typically play don't need thought, they're slightly seriously sympathetic, is all. In CoD it's more about settling on fast choices on the fly, yet on the off chance that they don't work out, you can in any case win a duel with better point. DOS2 isn't that way. You don't move away with anything; there are no fresh opportunities (except if you save rubbish, you nervy fiend). I feel in unlimited authority over my activities fighting until I present my choices, so, all in all, I have an inclination that I have none by any means. Battles in DOS2 are similar to taking a test. I carefully weigh up however many prospects as my cerebrum can assemble, and even examine them with my companions as well. But, when I input my answer, I lean back in my seat and trust that the inescapable catastrophe will emerge. The machine measures my painstakingly developed arrangement, at that point lets it out with a D less. There are notes: "Didn't consider this variable, messy." I go to inspect them, before abruptly, my whole gathering is inundated in fire and my bantam maverick has transformed into a slick heap of guts.

The outcomes can be humorous, however; unfathomably excruciating, yet satire at it's outright pinnacle. One of my companions plays a summoner who can make it downpour at a catch press, or cause hail to lash the earth. As a rule, this implies our fields are smooth with ice. It's a particularly ordinary event it's nearly gotten undetectable to us. This has prompted numerous events when we've submitted our answers, completely overlooked the tricky surface, and looked as our characters tumble - at a crucial point in time - onto their arses. It very well may be as we're going to land a completing blow, our victorious voices in Discord falling quiet as we witness my bantam stack it; at that point expanding to rambunctious giggling. Disappointment in DOS2 is frequently a baffling issue, however a senseless slip on ice cools the consume. That is to say, I scarcely feel the devastating blow of rout as my character lays spread-eagled on the floor, prepared to acknowledge his destiny.

I think my numerous slips on ice mark my movement as another player through the universe of DOS2, a RPG that I'm everlastingly adjusting to. Through these falls, I have figured out how to check out my current circumstance a touch more, or to consider how the components communicate with one another. Each time my arse hits the ice, it's the game's poking me, as "hello, you need to gain from this buddy". Furthermore, I have accepted this: I joined spikes with my shoes to forestall any further slips - that is, until I put some new shoes on and the cycle proceeds. Here and there, I'll go down a YouTube opening of watching individuals slip on ice. There's something hugely entertaining about it to me, and now I've concocted an arrangement. I will record and transfer many hours of my smaller person slipping on ice and complete the specialty of satire.