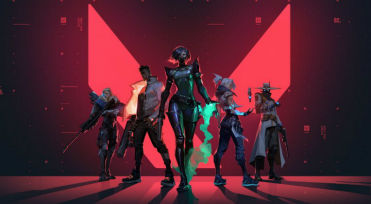 We played the Valorant of Riot Games and you can read our impressions from the detailed Hands On Preview that we prepared!

Success is a person's driving force. It grows with it, it is shaped by it and there are times it is determined by it. All of us at some point in our lives have dreamed that we can become leaders in what we love, become famous, popular and rich. As we grow older, we realize that success is a set of goals. One step at a time. Expectations change and we learn that it is important to get better at what we do. Trying with the effort, the ceiling goes up and with this awareness we understand that we will probably never become the absolute star we dreamed of and we accepted that some things may not be so important after all. But what happens in these cases where we succeed? We dream that we will become the best, we realize that we would be happy to be just good enough and finally our wildest dreams come true. How do we manage such a situation and what is our next move? Suddenly success hangs over us and the bar we set seems to touch the clouds. It's no coincidence that it took Riot Games 10 years to show its next big step after League of Legends. As long as it is the company that created one of the most popular titles of all time, everyone is waiting for its next step. And she, of course, is trying to repeat the previous success, the step being as big as the previous one. 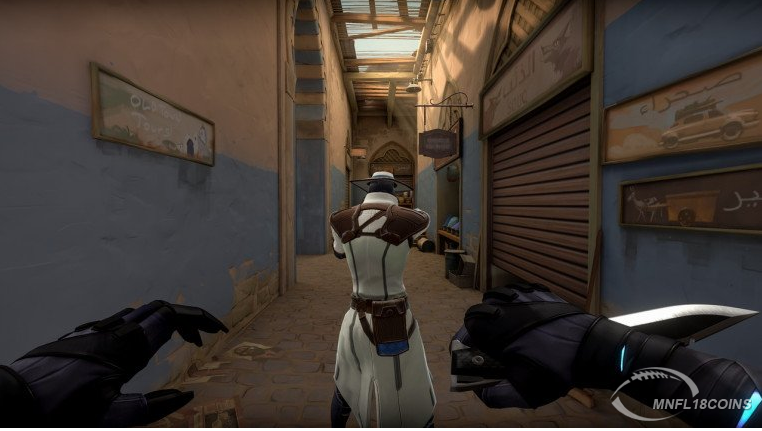 There are few types of video games that have remained in vogue, such as shooters. It's no coincidence that Riot decided to be the next shooter after League of Legends. Aside from the fact that shooters continue to attract and attract audiences, it's also a very common platform for eSports, and since Riot has already done so with LoL in this area, it's no wonder it's going to make an eSports title again. . Multiple titles that can keep an ecosystem of players, teams, and sponsors under the roof of a company are the wet dream of many of the industry's greats. ESports is growing over time and Riot now wants to become a one-stop shop before sharing the pie. Valorant is centrally designed for competitiveness and configuration so that each player's ability to play can be expressed. It is made for fans of shooters by fans of shooters. Among Valorant's game designers is Salvatore Garozzo, a former pro player in Counter-Strike: Global Offensive, who became a map designer for the same title before landing on Riot Games. 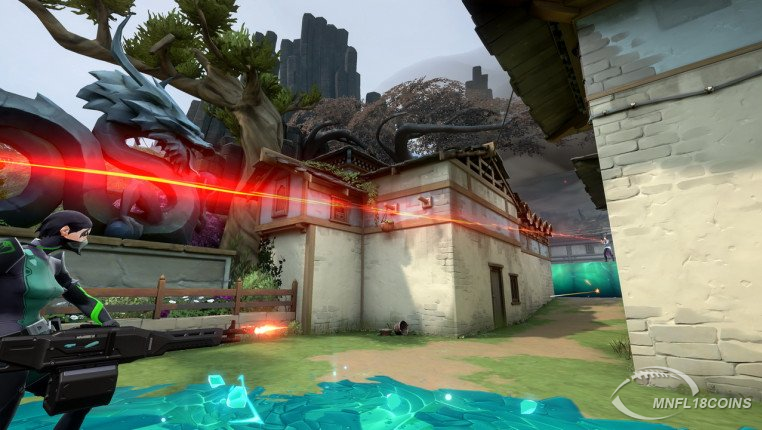 During the presentation we watched, noting the values that the team followed during the creation of the game and everyone underlined the same point, that Valorant is a game based on competition. However, Garozzo's background is not accidental, as the game borrows a lot of elements from CS: GO, not unjustly, as it is one of the most typical examples of a successful competitive shooter. The design of the maps and the logic behind them, the weapons and the economy on which their acquisition is based, the way the characters move, the technology for better connection of the players and the fight against hackers, and even the design choices they made developers and differentiate the two titles, again showing that they are trying to avoid weaknesses that they find in CS: GO. The presence of agents, so each character is characterized, does not look to Overwatch to meet the same needs as in the game of Blizzard. The choice of agents serves the marketing part more and how Riot will attract an audience with a different background. It's easier to build an IP around poster boys / girls than with a man dressed in a camouflage suit. 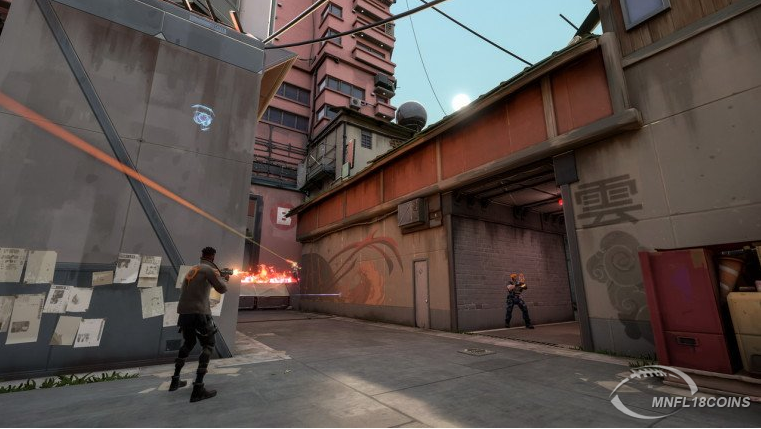 Valorant is, without a doubt, a tactical shooter. The weapons have different accuracy, depending on the movement of the agent, semi-random spread, possibility for wall penetration, so pre-aim counts 100 times more than spray and pray. Weapons are far more deadly than abilities. Over the weekend we met teammates with well-known former professional Overwatch players and one of the first comments shared on voice chat was "This game is for you CS: GO". They weren't wrong, players with time stamps at CS: GO had a party. Similarly, those with a prehistory in Rainbow Six. The maps, which in design have distinct lines and angles, corridors and openings, choke points and positions for shooters, are made for tactical shooter. The color palette is dull but its purpose is to easily distinguish the figures of the agents and this is achieved. Valorant maps are more functional than impressive. Because that's where the power of the title lies: in the solid gameplay.

Each match puts players facing each other with five more and is divided into 25 rounds, so the first team that wins 13 takes the game. In each round there is a team that attacks and one that defends and the goal of the attackers is to place a bomb, or Spike as it is called in the game, at specific points on the map and that of the defenders to prevent it. If either team kills all opponents, they win the round directly. In each round the players can buy the weapons they will use, their abilities and a shield. If they survive in one round, they keep them in their possession for the next. The first seconds of a round, in which players can make their purchases, are not available on the map as barriers restrict attackers to a smaller space and leave more scope for action for defenders. There are points on the map where an orb is located, which, when collected during a round and gives points for the ultimate ability of a character. As you can see, orbs are another battlefield for teams, apart from the ones where Spike can be placed. Aside from the geography of a map, which is designed so that players can make strategic sidewalks, being at key points in a teleporter can change the balance of a battle as it allows players to quickly find themselves on the other side of the map. . With these ingredients, Riot has created dynamic and strategic gameplay for its title.

Valorant's cast has special but not special characters. Their design makes it easy to distinguish them during a battle and that's where the description ends. They are definitely less special than those of Overwatch but also those of League of Legends. Several of the characters' abilities fall into the same category. Clouds of smoke, bombs leaving a lake behind materials that damage opponents, artificial walls that block vision but players can shoot through them. Many characters have similar skills but this is because the abilities exist to support the gun fight system and not to overshadow it. It is no coincidence that if they are stripped of effects and names, we are actually talking about flash, smoke grenades and molotov, elements that have been common for years in tactical shooters. For the same reason, all the characters have exactly the same life characteristics and do the same damage as their weapons. There are, of course, exceptions to Riot's logic that there must be a way for a player to express his skill in the game. 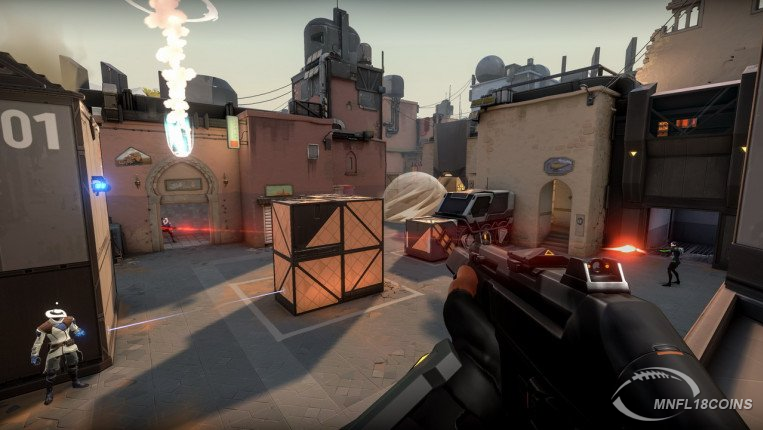 One such example is Jett, who with her ultimate ability pulls out five knives that she can shoot either one by one or all together, and if one of them kills an opponent, then she can reuse her ultimate ability, something in the hands of one very capable player can judge a round with multiple ability resets. This is by no means easy for the average player, but at Riot they want to create layers of different mechanisms that players have to "work" to be really good at the game. They need to focus on the most basic of all, shooting, before anything else. In the way they move on the map, the paths they can use and in the way the mobility abilities of the agents open new paths. The agents themselves and their abilities are another learning step, especially in terms of how they can be used in combination with those of other agents. They need to learn to play their part in a team, locate opponents' positions, find the right coverage, and know how to grow in the open. But the most difficult thing, especially for young players, will be the weight of game knowledge, that players have to learn all the previous ones, plus the muscle memory for the recoil and the timing for the maximum accuracy of the weapons, their statistics weapons and how the economy of the game translates into a team lead in each round. But no one said Valorant would be available to new players. 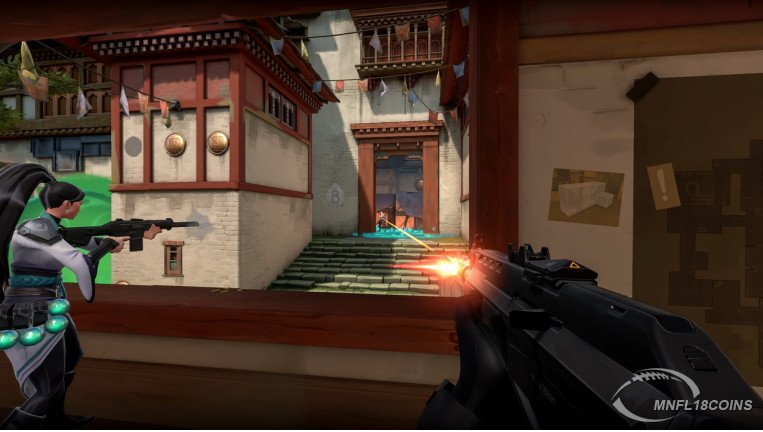 Valorant is not going to bring up and down the kind of tactical shooters. He is trying to get into the space that CS: GO and Rainbow Six have filled in recent years and take part in the pie. Where Riot is betting to make a difference and win over the audience is that there are few companies that know as much as the concept of game as a service. There were times when in LoL the balance was for the festivals, which were dominated by gameplay objects or heroes and there are countless times when the game really became fun. But the developers kept stirring the buzz, trying things out, not being afraid to recall changes that they found weren't helping the game, and a new patch for the game was coming out every two weeks. That's why people keep playing League of Legends. This was promised in Valorant, as developers pledged to get their hands on agents, weapons and maps as often as needed. And this is something that is missing from many titles especially the goal is to become part of eSports a game. 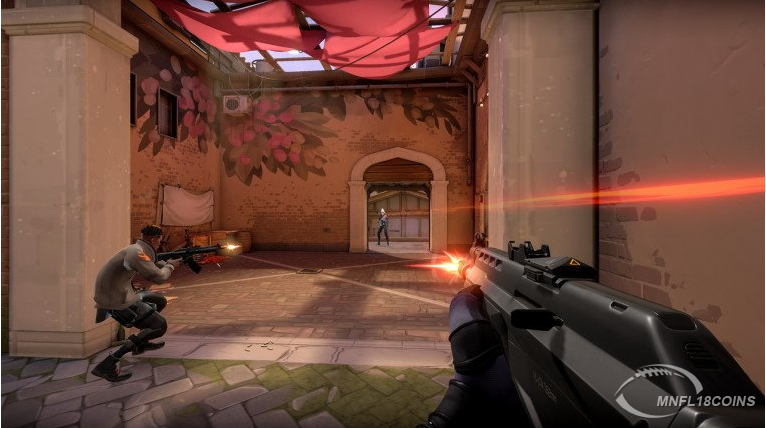 Closed Beta is near and players will have a first contact with Valorant to see what Riot Games has been preparing all these years. The release of the game will come in the summer and, as a free to play and lightweight game for an old PC, everyone will be able to try it out. Does Valorant seem to be able to eliminate CS: GO and Rainbow Six from space? The people of Riot know that there are very few times when a title came out with the ambition to become a "killer" of another and it really did, and that's why they don't go for it. Basically, they don't want to approach the whole thing in this way, because of course they aim to make Valorant the most popular game of its kind. But they also have the experience. For now, what they care about is creating a good game. The structures to support a game with millions of players and eSports tournaments that go beyond viewing traditional sports have them. But can they repeat the success of League of Legends? One step at a time. A series of goals. Only then can we raise the bar.