"Valorant" is unfavorable, why do players generally have a low rating? 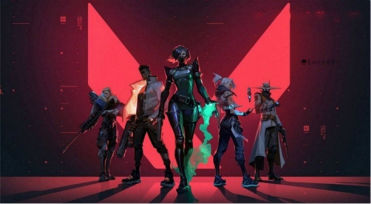 After Valorant went online, the game media basically gave "Valorant" a good evaluation. The current average score is about 80 points (out of 100 points). However, the player's rating is not very good, it was 3.4 points at the beginning, and then slowly increased to 5.3 points (out of 10 points). Even if it improves, this is a bad rating!

Valorant has been officially launched in most countries and regions around the world. Soon after the server went online, Riot Games encountered its first problem: connection problems. Players report that the game connection is poor, and the client sometimes restarts constantly. Then, many servers experienced problems and required emergency maintenance. To be honest, every slightly popular game will encounter this problem when it goes online, so a low score in this regard makes no sense.

In addition to connection problems, many players found that the points they originally purchased were missing in the game. During the beta test, many players chose to purchase "Valorant" game points, but after the official launch of the service, they found that these points disappeared. At the same time, some specific missions of "Combat Pass" in "Valorant" cannot be completed. It is conceivable that these problems make many players very dissatisfied. These are all game bugs, so the low scores in this area do not explain the problem.

Slightly valuable low-score evaluations are those that target the game itself. For example: "I have thousands of hours of game time in "CS:GO", which makes me a little tired. I was looking forward to the performance of "Valorant" because many players praised it, but obviously this is just a plagiarized thing in the end." , "Copy "Rainbow Six", "Overwatch", "CS: GO", obviously Riot can not create other creative original works other than "League of Legends." And so on, there are many players who think that "Valorant" "The art performance is too simple, like a 2010 game.

Interestingly: there are also many players who give full marks. It can be seen from here: The impression of "Valorant" is polarized. People who like it like it very much, and people who don't like it degrade it to nothing. After all, "Valorant" is a newly released game. Due to the similarity of the gameplay, most players compare it to "Overwatch" and "CS: GO". These shooting competition games have been optimized and iterated for several years. Obviously, they will be stronger than a new game in all aspects.

Is "Valorant" really a failed copy of "CS: GO"? In fact, this is really not easy to say. In the past, we often saw games that received very bad reviews when they went public, but later they relied on version iteration and operation to restore their reputation, such as Ubisoft's "Rainbow Six: Siege." Rainbow Six: Siege got the example of the full score evaluation of the well-known media "GameSpot". Whether Valorant will succeed, it is too early to draw conclusions!